Historical overview – development and dissemination of the cochlear implant

The first attempts to electrically stimulate the hearing organ go further back in history than is generally assumed.

Alessandro Giuseppe Antonio Anastasio Graf von Volta (1745-1827), an Italian physicist, performed electrical stimulation testing on his own auditory canal as far back as 1790. He compared the sound that occurred in his head with the sound of boiling water.

The first electrode implantation was carried out by Djourno (French physicist) and Eyries (French Otologist) in 1957. They implanted electrodes in the auditory nerve of a completely deaf patient.

Both single-channel and – due to the unsatisfactory results – multi-channel electrode systems were implanted from 1968 in America and a few years later in Australia.

Today, according to the European Association of Cochlear Implant Users (EURO-CIU), over 150,000 hearing-impaired people have been fitted with a CI. Worldwide it is almost 400,000. 40% of those are children.
Around 40,000 people with CI currently live in Germany. Every year this number increases by 3000. 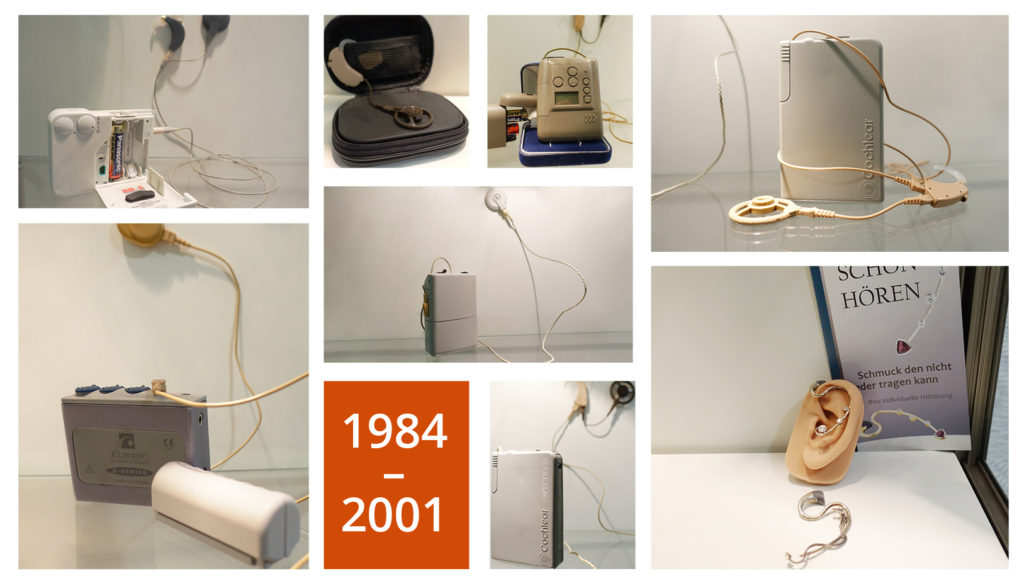